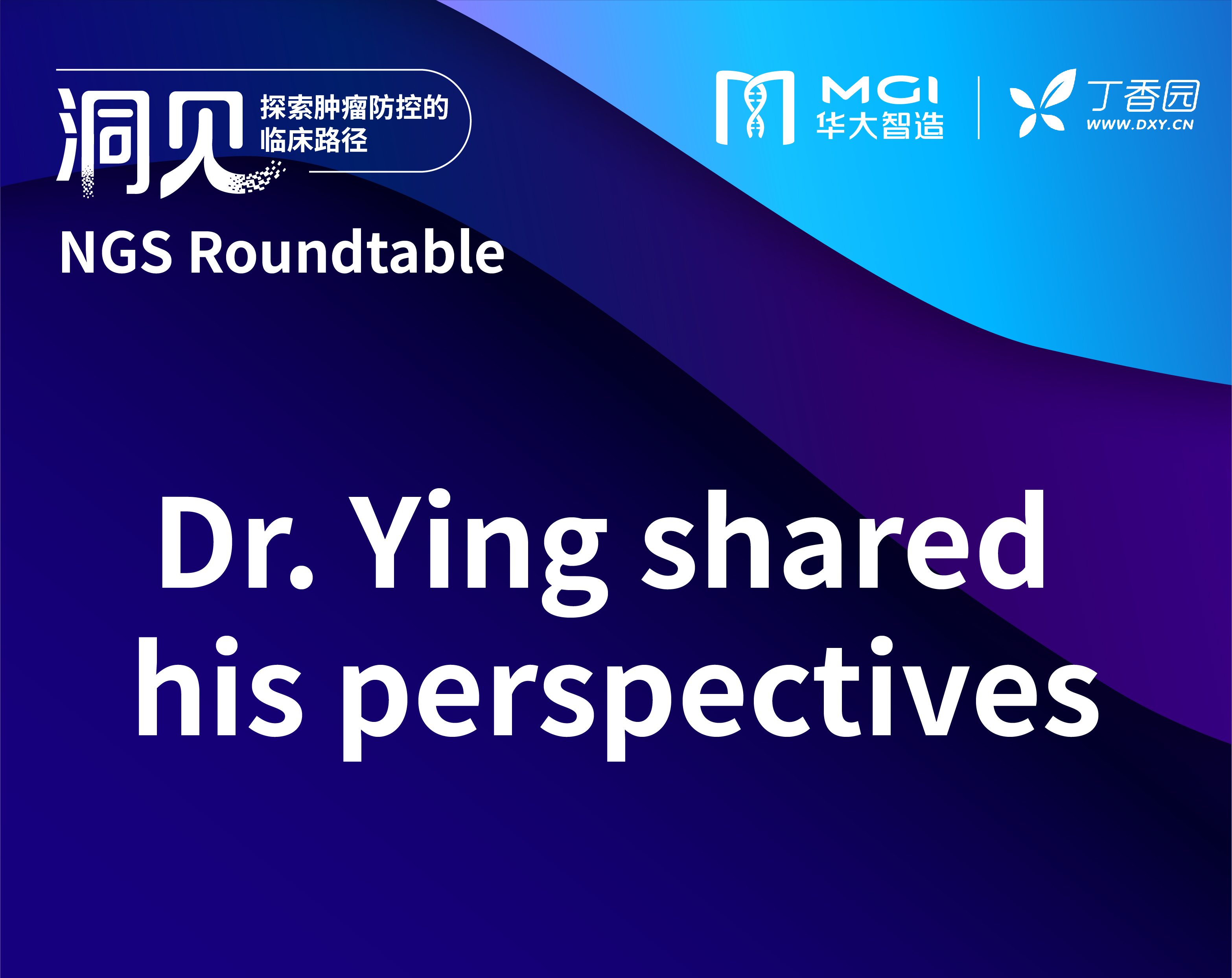 On September 10, Dr. Kang Ying, the founder and CEO of AccuraGen Holdings, was invited to participate in the roundtable forum held by MGI, and shared his perspectives on launching new era of early cancer detection.

With the rapid development of key technologies in genomics and bioinformatics, NGS technologies have been widely used in many fields.

Non-invasive prenatal testing (NIPT), is the paradigm of NGS application in the medical field. It has been widely adopted for the detection of fetal aneuploidies and microdeletion syndromes. The growth in this market is attributed to the accelerated customer adoption of NIPT coupled with the expansion in the distribution services of the operating entities which enables them to materially capture the potential NIPT opportunity.

Analogous to NIPT, early cancer detection based on NGS technology, can also be an optional step before invasive tests, in order to determine the probability of abnormality.

‘We anticipate that tests of early cancer detection will become as widespread, commoditized and routine as NIPT has become over the past few years.’ said Dr. Ying.

Most cancer patients are diagnosed in advanced stages，lost the opportunity for surgical treatment in China nowadays. ‘In contrast to current practice, health care should not only focus on diagnosis and treatment,’ Dr. Ying commented, ‘but also on early detection of cancer.’

Now the challenges which scientists facing with, have shifted from mastering the NGS technologies themselves to the question of how to extract biologically meaningful or clinically useful insights from the data.

Over the last six years, AccuraGen's talented team has made exceptional progress in developing the technology and clinical data required to launch the multi-cancer screening test. AccuraGen has developed CLAmp-seq technology to detect multiple cancer signals in the blood and to analyze the data with machine-learning algorithm, enabling multi-cancer early detection tests.

The rapid growth of NGS technologies has resulted in ongoing debate and a shifting structure regarding the appropriate level of regulation of these technologies. ‘Mechanisms need to be established that can facilitate the clinical adoption of blood-based tests for cancer detection’ Dr. Ying said.